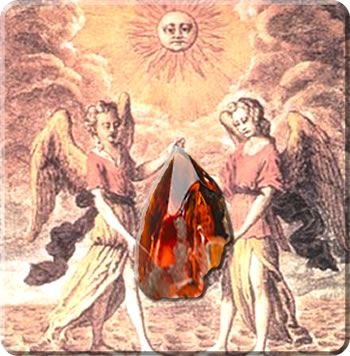 Continuing with my series of inspirations for Science Fiction writing, this blog looks at the mythical “Philosopher’s Stone” – that stone which can turn lead into gold and grant people long, healthy life. A cornerstone in fiction, legend of the Philosopher’s Stone has been around since almost the beginning of time. Join with me as we look at the path this magical stone has taken throughout history:

Alchemy, the process of turning a base metal into gold, using the elusive Philosopher’s Stone, can be found in writings dating back as far as 300 AD when Zosimos of Panpolis wrote ‘Cheirokmeta.’ Still others, citing Elias Ashmole and the anonymous author of ‘Gloria Mundi’ claim the Stone’s history goes all the way back to Adam and Eve, from the Bible, saying that Adam received the knowledge of the stone directly from God or from the Fallen Angels. No matter where the legend started, people are always looking for the quick and easy way to increase their wealth, and the Philosopher’s Stone is an easy ticket to wealth and glory.

The Middle Ages saw vast amount of scientific discover, some groundbreaking, some best described as poor theory and research. As the study of the world and nature continued, scientists studied the elements and how they interacted with the world around us. An 8th-century alchemist, Jabir ibn Hayyan, looked at the four basic elements; Earth, air, wind, and fire, in terms of four basic qualities; hot, cold, wet, dry. Fire was hot and dry, water cold and wet, Earth cold and dry, air hot and wet. Hayyan and others developed a theory that all metal was a combination of the four elements with the four qualities and that the transmutation of one metal into another could be achieved from rearranging the qualities.

Hayyan theorized that a substance would be needed to facilitate the change. He first call this substance al-iksir­ in Arabic from which the Western term elixir in now derived. Hayyan said this al-iksir would be made from a red stone, the Philosopher’s Stone. Since gold is contained in ore that is minded from the Earth and needs to be separated from the ore holding it, it’s easy to see how early scientists thought they could chance base metals into gold; the ore dissolving away leaving the gold in its place. Indeed, Hayyan is believed to have invented the mixture of hydrochloric and nitric acids called muriatic, one of the few substances that can dissolve gold and is still used in recovery and purification of gold today.

There were people getting wealthy, extremely wealthy, off the Philosopher’s Stone during that time. An alchemist would arrive at a village, promising to create a fortune, vast wealth beyond their imagine, using only base metals and supplies from the village. The villagers, excited at the prospects of that much wealth, would gladly line up, giving the alchemist money, power, women, and anything else that he would require. He would then take the bases and place them in a nearby cave or hollowed out tree with the Philosopher’s Stone, sealing them inside while he waited for the process to work. During the waiting period, the alchemist would live like a king, having anything that he required as he worked his powers to create the wealth. He would tell the village he was needed elsewhere, but they were to break open the seal at a specific time and receive their rewards. By the time they opened the door, the alchemist, and all the money and treasure they’d given him, were long gone, swindling another village.

There are hundreds of stories like this one, some of the details get changed around here and there, but they all are the same; people are promised great wealth for nothing, and they give up what they have for more only to lose everything. It’s no different than the rainmakers and snake-oil sellers of the more modern eras.

Some alchemists even became so bold as to offer their services to royalty, promising to increase the holdings of kings and emperors. These alchemists would live in the castle, often wedding princesses of the family. They would have all the benefit and grandeur that came from being an important member of the royal court. Of course, the promised results never materialized and the alchemists often lost their lives. The practice of alchemy eventually fell from graces because of the many stories circulating about the nefarious nature and character of the alchemy practitioners.

Alchemy was practiced not just by swindlers and shysters, but by everyday citizens, people who were looking for a gimmick to get ahead in their lives. These people would quietly practice alchemy in their kitchens, using information that was being traded and sold in books and manuscripts. It was in this exploration for the Philosopher’s Stone that much of the information in applied chemistry was discovered. Alchemists not only discovered and isolated many chemical compounds, from phosphorus to hydrochloric acid, they also developed many tools and practices that are stilled used in chemistry today. An entire discipline arouse out of the quest for ‘The Sweat of the Sun.’

The Renaissance was, pardon the pun, the golden age of the alchemist. With all the enlightenment taking place throughout Europe, a renewed effort was placed on the Philosopher’s Stone. Some continued to try and turn lead into gold, but others viewed the Philosopher’s Stone as something spiritual, a way to reach the higher levels of mind, body, and soul through a form of enlightenment.

Nicholas Flamel, a 14th century French Alchemist working out of Paris, believed in the ancient theory that all matter came from prima materia, an elemental material that formed the four basic elements; Earth, air, water, and fire. He accepted the postulation that everything in the universe was formed from these four elements, and the ratio of each, determined whether a compound turned into lead or gold. Books published in 1612 in Paris and 1624 in London have been attributed to Flamel, almost 200 years after his dead leading many to speculate that Flamel had discovered the ‘Elixir of Life,’ the Philosopher’s Stone and that he was immortal.

Speculation says that Flamel had made it his life’s work to understand and utilize the text of a mysterious 21-page book that he had purchased. The book was identified as an original copy of ‘Book of Abramelin the Mage.’ Within the pages of the book was the recipe for the Philosopher’s Stone, how to convert lead into gold and silver, and the secrets to a long and healthy life. Many people question the validity of the story, and in a book first published in 1761 by Etienne Villain, he claimed the sources of the books proclaiming Flemel as succeeding in alchemy were false and used to promote the sale of books and alchemy products. Whatever the case, Nicholas Flemel has stood the test of time as the alchemist who succeeded. His name is still used in fantasy and fiction writing today.

In this contemporary era, we know that gold is a chemical element that cannot be created by other elements in a chemical reaction. As a heavy element, scientists speculate that the cosmic origin of gold is in extremely energetic nuclear reactions, produced in neutron star collisions. Scientists have, using particle accelerators and nuclear reactors, synthesized gold in laboratories. This synthesized gold requires rare isotopes and expensive product separation and purification. Although scientists can now create gold, none of them believe that the process will ever be commercially viable or able to produce gold in large quantities.

Throughout history, people have always searched for shortcuts on the road to wealth and prosperity. Not content for a life of hard work and sacrifice, people search out the legends and myths that will lead to vast wealth and treasure. Gold has always been revered by society, always sought after, and always used as a store of wealth. History has shown the lengths that men will go to obtain the yellow metal and the Philosopher’s Stone has captured that frenzy of greed. No matter how much science we develop, no matter how much evidence we find, the road to riches will always have those seeking a shortcut. A quest that can be traced back to the dawn of man, the quest for the Philosopher’s Stone will never end.

To see how the Philosopher’s Stone has influenced my writing head over to www.leifericksonwriting.com and check out my books today.

Ragai, Jehane (1992), “The Philosopher’s Stone: Alchemy and Chemistry”, Journal of Comparative Poetics 12 (Metaphor and Allegory in the Middle Ages): 58-77

John Read “From Alchemy to Chemistry” 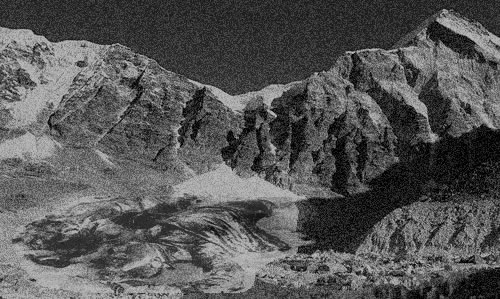 The Dyatlov Pass Incident
Next
Past Life 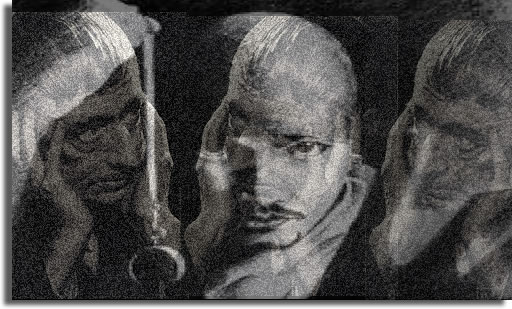