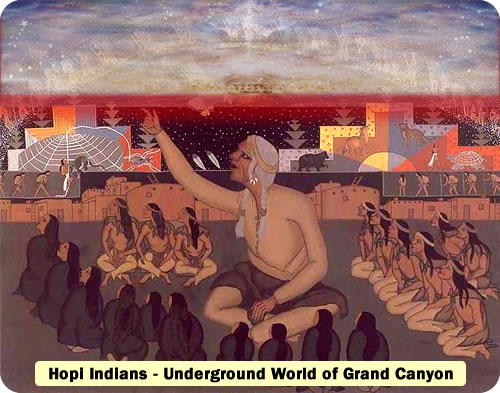 What is it about the unknown that is so fascinating to humans? Since the dawn of man, history is full of tales of man entering the unknown to come out again with a better understanding of the natural world around us and a more complete understanding of ourselves. Perhaps the most intriguing of the unknown are the legends, stories, and mysteries of caves and tunnels. The allure of descending into the depths of the planet, exploring those places which the sun cannot penetrate, keeps explorers and historian’s occupied with fantastical tales of wonder and amazement. Some of them are true, some of them are obvious tall-tales, but the fact that they are told and retold says more about us than it does the tale. With legends of underground cities, strange people, and weird rituals, mysterious tunnels have captivated the imagination and haunt the human subconscious.

G.E. Kinkaid, while sponsored by the Smithsonian Institute, made incredible discoveries while on an expedition in the Grand Canyon, according to the April 5th 1909 edition of the Phoenix Gazette. According to the Gazette, Kinkaid discovered a mammoth chamber about 1400 feet underground with dozen of passageways that radiate out like the spokes of a wheel. There were some several hundred rooms that contained artifacts, weapons, and copper instruments that were not known to the Native Americans. A crypt was discovered that contained mummies, all adult males, which were wrapped in a bark fabric, and there were stone tablets that contained Egyptian-like hieroglyphics. All amazing finds for the Grand Canyon which haven’t been discovered or verified by anyone else. The article speaks of Hopi Indian legend where their ancestors once lived in a cave underworld of the Grand Canyon.

Humans have always had an obsession with the tunnel, using them for safety and to avoid the law. Throughout history we see man using tunnels to trick his enemies and increase his station. During the heights of the Dark Ages and stretching into the Renaissances, castles were built with tunnels to keep the fortress supplied in case of siege and to allow passage of royalty out if the walls of the structure didn’t hold. Often these tunnels would connect to other buildings, some even to other castles up to tens of miles away, giving added protection to the rulers of the land. If the invading army discovered the tunnels, they could be used in reverse, as a way to breach the castle walls without knocking them down.

Even in America, tunnels have had a long and storied history as they influenced our past and help to shape our future. In the founding of the country and the War of Independence that followed, our troops used tunnels to hide from and confuse the British. During the early parts of our country, tunnels were used for slaves to hide on the Underground Railroad, allowing them to get to safety without being seen. Tunnels and caves were used in the prohibition years as rumrunners and moonshiners used them to make and transport their illegal hooch. In current years, the American military has established bases in mountains, using tunnel structures to secure provisions in case of a nuclear or biological attack. The tunnel stands as the safety net that would keep the country and government running in the darkest of times.

Hidden from view and with obscure purposes, legends of tunnels and caves are plentiful throughout the world. A tale from the city of Aalborg in Denmark speaks of a tunnel that connects two convents separated by a fjord. Legend says that a student once tried to explore the mysterious and old tunnel, tying a cord around his waist while carrying a sword and a light. The student’s friends retrieved a broken cord but the student was never seen again.

At Richmond Castle in North Yorkshire there is an entrance to a tunnel with a legend that it connects to nearby Easby Abbey. It is believed that the tunnel was constructed in medieval times as an escape route in case of an attack by the Scots. Soldiers decided to test the theory that the tunnel to the Abbey. They sent a young drummer-boy into the tunnel and followed the sounds of his drumming halfway to the Abbey, when the drumming stopped and the boy was never seen alive again. Some say his ghost still haunts the tunnel as drumming sounds can softly be heard near the tunnel.

Moving into the more fantastic style of legends, stories have been told of the Agharta, the name of a society of underground dwellers whose capital city is called Shamballa. The Agharta are documented in ‘The Smoky God,’ the claimed “biography” of Norwegian Sailor Olaf Jansen who supposedly sailed his sloop through an entrance at the North Pole and ended up inside the Earth. According to Jansen, in the book, ‘Agartha – Secrets of the Subterranean Cities,’ by Willis Emerson, the Agharta stood twelve feet tall and the world was lit by a smoky central sun. The society was made up of survivors who ventured underground after nuclear war devastated parts of the surface of the planet.

No discussion about tunnels, caves, and hollow Earth theory can be complete without mentioning Admiral Richard E. Byrd. In 1926 Byrd became the first person to successfully fly over the North Pole and in 1929 he flew over the South Pole. Supporters of the Hollow Earth theory claim that Byrd, on his 1926 journey, flew 4000 miles into the interior of the Earth. No credible evidence has ever been found to support the claim.

As World War Two was heating up, Americans and the Germans were in a race to explore and claim Antarctica. In 1939, President Roosevelt ordered Admiral Byrd to Antarctica to stop any German claims to the land. With the Nazi parties obsession with the occult, paranormal activity, and weird history, many speculate that Byrd was trying to explore and ally with ‘land beyond the poles’ before the Nazis could get there.

The only evidence existing for these journeys into the Earth are passages from a so-called ‘lost diary’ where Byrd was claimed to have written about looking down and seeing not snow, but green vegetation and grassy valleys not shown on any map. While the Society for a Complete Earth maintains that the diary is legit, very few take the diary and the supposed flights into the Earth seriously.

The tales of Byrd aren’t the only ones of fantastic stories of underground tunnels. All around the world people have claimed to find tunnels that lead to other civilizations and mysterious beings. Explorers near Batesville, Arkansas claim to have met the seven foot tall, blue skinned descendants of Noah in a tunnel that was illuminated by green phosphorescence. Nicholas Roerich and Ferdinand Ossendowski claim to have discovered a subterranean society below central Asia that is home to some twenty million people. Workers in West Virginia claim to have found a cave with strange hieroglyphics on the wall and the faint sounds of machinery coming from beyond the walls.

Not every story of the mysterious tunnels just beneath our feet involves ancient races and strange beings. Two American nuclear submarines have disappeared under mysterious conditions, the U.S.S. Thresher and the U.S.S. Scorpion. Could mysterious tunnels explain the disappearance of one or both of the subs? According to the article, “California Floats On Ocean?” in the Fall, 1985 edition of Search Magazine, an unnamed Naval officer told the story of the discovery of tunnels that run underneath the west coast of the U.S. According to the officer, the tunnels were accessible just off the continental shelf and traveled inland for hundreds of miles. In navigating these tunnels, the officer said one unnamed submarine was never heard from again. The officer also claimed that, contrary to popular belief, there is no San Andreas Fault, instead, part of California is resting on large and unsupported chambers that are collapsing. Again, no credible evidence has ever been shown to support the story.

There’s something powerful that draws humans towards the mysterious and the unknown. That quality sparks our minds in the deepest levels of our consciousness where the most primitive of emotions play; love, hate, happiness, and fear. When a story is fantastic while at the same time, touches that level of fear in the unknown, humans flock to the story, repeating it until it becomes legend. Like the tunnels themselves, the stories go deep, making us ask the question, ‘what’s out (or in) there?’

To see how the mysterious tunnels of the world have influenced my science-fiction writing head over to www.leifericksonwriting.com and buy my books today. 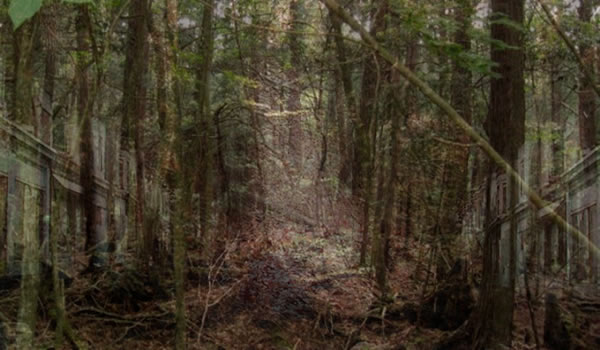 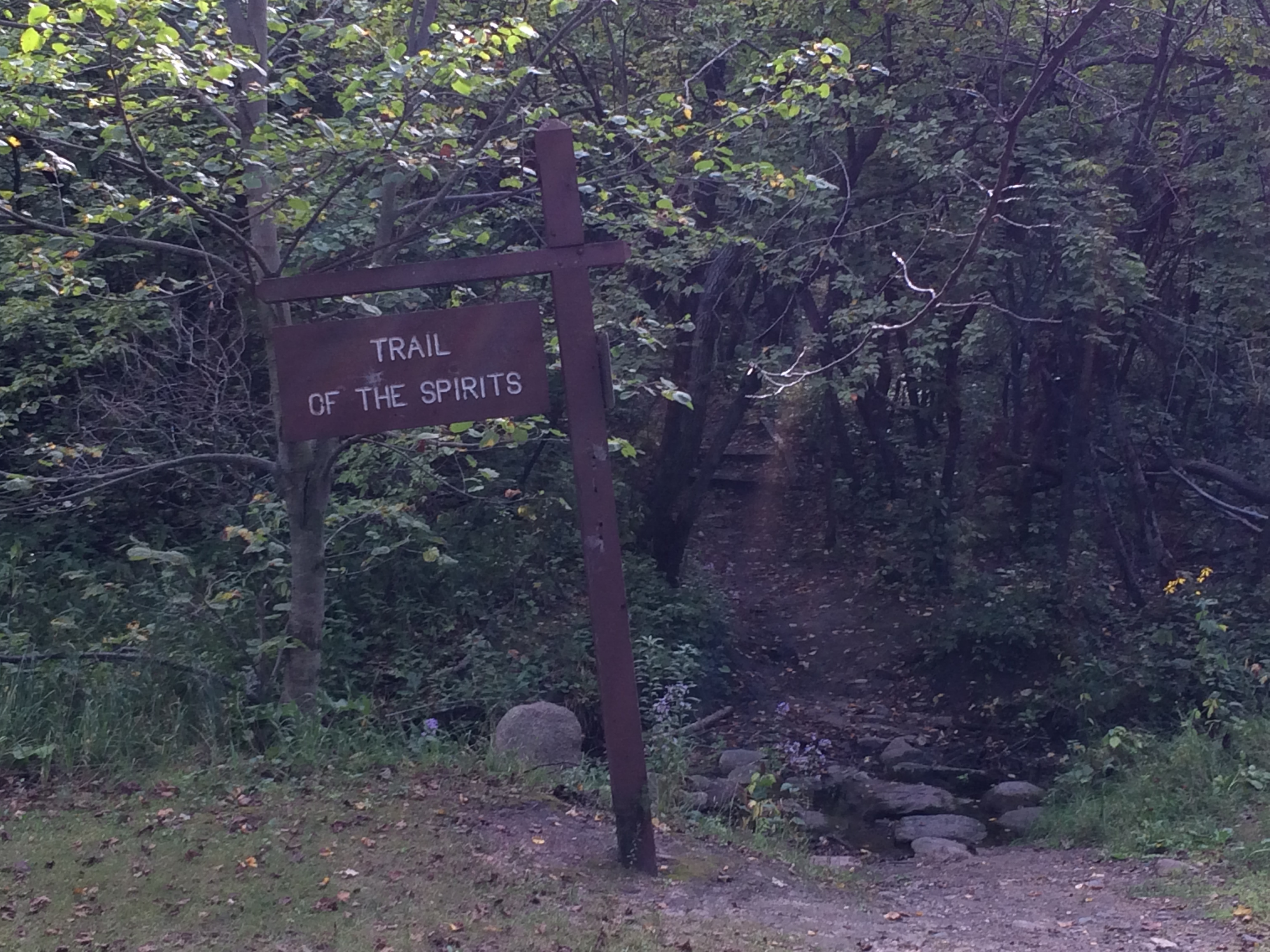