Home / Avatar / My 10 Most Influential Movies
Return to Previous Page 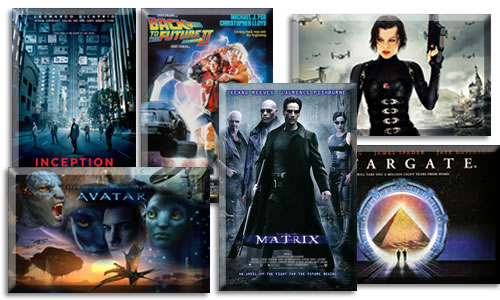 10 Movies That Have Influenced My Writing

1. Inception
Inception is a commanding movie involving futuristic technology, supernatural experiences, and the unequivocal human longing for life partnership. Not only is the plot suspenseful and entertaining, the cinematography is especially captivating. The team who created this drama have vivid imaginations — a quality I hope to inspire in my readers.

2. Back to the Future
This classic piece of pop-culture Sci-fi has had a profound influence on my writing. I aim to present new and interesting ideas in a way that really connects with a general audience. Back to the Future does just that. In many cases, the concepts in this time travel piece even cross cultural boundaries, as people around the world have enjoyed this light-hearted film from the 1980s.

3. Resident Evil
The intense storyline in Resident Evil is highly entrancing with the zestful recipe of zombies, memory loss, an artificially intelligent computer, and plenty of military action. There is also just the right amount of violence to make this movie eventful without being over the top.

4. Stargate
With a touch of history and a heavy dose of cryptic characters and messages, Stargate is one of the best alien movies out there. Teleportation also plays an important role in this film, making this a true Sci-fi must watch. The movie’s tagline, “It will take you a million light years from home” really rings true for me.

5. Avatar
It’s no wonder that Avatar grossed nearly $2.8-billion in worldwide box office sales, not to mention DVD purchases and at-home rentals. This incredible film is full of amazing other-worldly environments and creatures, human enhancement technology, and even a unique language developed just for this film. It’s truly a masterpiece of the 21st century.

6. The Matrix
Several pieces of pop-culture colloquialisms have come from this significant movie. Not only did The Matrix raise the bar in cinematic production effects, but the writing was superb — revealing just enough information to keep the audience on the edge of their seats throughout the length of the film. I can see several ways that this single motion picture has heavily persuaded my writing style and empowered my creativity.

7. Titanic
Suspense and action combine together with a powerful love story in Titanic. This epic tale of youth, love, and misfortune have greatly influenced many people in my generation. I can certainly see how it has had an impact on my writing. Since two of James Cameron’s top films have made my all-time list, I suppose it’s really his creativity and ability to draw out characters that has had the most affect.

On an interesting side note, could Titanic really be a Sci-fi film? Read more evidence about the time travel theory in the recent ET Online article. It’s interesting to consider alternative viewpoints for some of my favorite movies.

8. Contact
Having a heroine rather than a hero sets the Sci-fi movie Contact apart from the peers of its time. Dr. Ellie Arroway is portrayed as a brilliant, but misunderstood scientist who eventually makes an important discovery. Her contact with extraterrestrial life eventually causes the top levels of major world powers to take note. The overall scheme of the movie may be somewhat predictable, yet remains thoroughly enjoyable.

9. Pirates of the Caribbean
The Pirates of the Caribbean trilogy really speaks to a historically inspired audience who also dabbles in adventure and the supernatural. Because it crosses several genres, these movies have reached a broad audience and captivated many minds. Johnny Depp’s animated portrayal of Jack Sparrow adds humor and intrigue to the cast, while Orlando Bloom and Keira Knightly bring a more realistic side. This combination is potent in stirring many emotions and reactions.

10. Logan’s Run
The fascinating world presented in Logan’s Run is idyllic while also simultaneously giving all a doomsday death sentence. This ironic blend is what draws me in. The search for the place called the Sanctuary also gives this film an explorer feel against a hyper sci-fi backdrop.

Do you see any similarities in any of the films above with my writing style? Share your feedback in the comments and be sure to head over to www.leifericksonwriting.com and purchase my latest books! 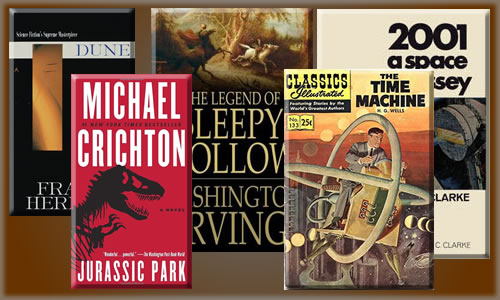 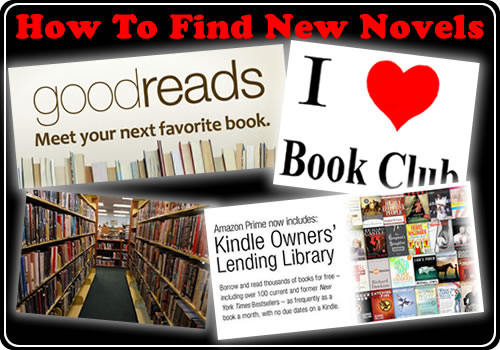