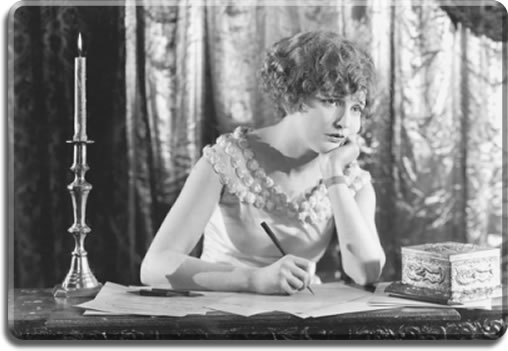 Last week we looked at a few different exercises that can help you to develop your writing style and to become a better writer. This week we’re going to look at a few more tips and techniques that you can use but this time it will focus on one of the harder aspects of writing; dialog. Dialog is fun to write but often times it seems to feel stiff and awkward. Writing good dialog is paramount to writing a good novel but dialog is one of the hardest parts of the book to write. Join with me then as we look at some ways to develop your ability to write compelling dialog.

Giving a group of characters their own unique voice that isn’t just a slight variation on your voice is difficult to do. We speak, think and write in our own voice so trying to write in a different voice is like an actor assuming the identity of the character he’s playing. The tricky thing in writing is that we need to do this with an entire cast of characters, not just one role. As a writer, how do you separate out all the different voices in a novel when there are going to be anywhere from a few people to larger groups?

Understanding how to write great dialog for one person will help you to write dialog for many people. The simplest part of dialog is to realize that very few people talk in perfect English. Most people speak with a local flavor and everyone has a unique way of talking that is related to the way they think and view the world. People develop voice at a very early age and it becomes difficult to change that voice as they get older. Common phrases, slangs and enunciations become a standard part of their speech.

An interesting things to notice for writing dialog comes from the field of psychology. People tend to have a preference in how they view the world in terms of the five senses. Think of it like this, when someone agrees with you, do they say, ‘I see what you’re saying.’ Or do they say, ‘I heard that.’ Or it could be, ‘That feels right.’

People will use expression that cover all five of the senses but everyone favors one more than the others. When writing the dialog for a person, make sure to favor one that fits your characters style. If the character loves music, talking and sounds they would use expressions like, ‘I hear that.’ Or, ‘Sounds good.’ If the character is a visual person they would say, ‘That doesn’t look right.’ Or, ‘It’s picture perfect.’

Most people aren’t even aware of this yet they speak in these terms every day. A good exercise to do is to think about the people close to you. Are they visual, auditory, kinesthetic, olfactory or gustatory? Pick any person you deal with on a daily basis and think about them for a moment. Make a guess at which style they are. Then, the next time you are speaking with them, listen to their words and see if your guess is right. See how they express themselves using these styles. It’s surprising how easily it is to see once you’ve become aware of it.

One of the easiest ways to practice writing dialog is to listen to two people speak and try to write out their conversation. Listen to two people in a conversation. Not only to the words, but to the pacing, the tonality and the reactions the people have to each other. Try to convey all of that onto paper. Most people scoff at this exercise, thinking that it will be a simple, easy task but truth be told, it is a lot more difficult than it sounds. Trying to capture all the nuances of a conversation is very difficult but when you master it, your writing will be taken to a whole new level.

A variation on this, if you don’t want to eavesdrop on some conversations, is to watch a television show or movie and try to recreate, on paper, the dialog that took place. Again, if it was a movie that was based on a book, look at the book after you’ve written it out. See how close you got to the author’s work.

Another variation on this, which I found to be a great help, was to get two friends to help. I would give them a situation, give them a role to play, and let them have a conversation in those roles. I would record it and convert the conversation to a novel format. One of the friends I had help with this was an aspiring actress who performed in local stage shows so taking on a role was very easy for her. Once I had finished writing the conversation, I had another friend read it before watch the recording and he would give me feedback on how close the writing was to the real thing.

This helped me in more ways than I could ever image. I began to notice what’s really important in dialog verses what isn’t. I was able to convey the emotion of the conversation without having to go into long prose. It caused my writing to become much more direct and easy to read. But most importantly, it allowed the reader to understand and see what was happening in the novel on a much clearer level.

Just like people use metaphors that show their representation system, people tend to lean on certain words and phrases. I have a friend who uses the word ‘great’ in almost every sentence. I once had a coworker who answered every question with the phrase, ‘I don’t know,’ before going on to explain the answer. Look at how certain words get associated with a decade or group of people. Rad, groovy, neat, whatever, totally or awesome are words that get used again and again by different groups of people.

In an early novel that I had written, I had a character who was in her thirties and had become a bank president. She wore business suits every day, had a very professional demeanor, associated with a higher-class crowd and was working to become a reginal manager for the banking system. I thought I had a very well rounded, well thought out character but people kept telling me she was unbelievable. There was something about her, and no one could exactly say what it was, that made her seem unrealistic.

It took some time and some examining, but I realized that there were two things going on. First, her voice was shifting between auditory and kinesthetic representation systems even though she was a very visual person. Just getting her metaphors and dialog to match the type of person she was fixed a lot of the problems but there was still something else. I realized that she used the word ‘like’ far too often in her speech. When I took every ‘like’ out of her speech, she no longer sounded like a high school cheerleader but now sounded like a bank president.

Just one word used too many times in her speech was enough to upset the entire character. Excessive use of the word ‘like’ is often associated with teenaged girls so there’s no way a bank president, who is well respected and very astute, is going to be using it. By watching what your characters say you can give people a glimpse into their background and how they view the world. Be careful. Make sure your character’s dialog is congruent throughout and congruent with who they are.

I hope you enjoyed these tips to make writing dialog easier and better. Stay tuned because I have a lot more great tips and tricks to make your writing soar. Please visit www.leifericksonwriting.com today and buy my books to see how these tips and exercises have improved my writing. Thank you. 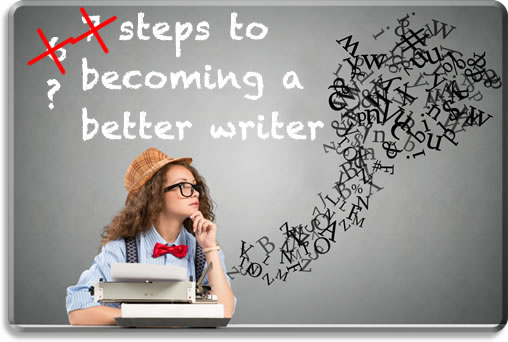 How to be a Better Writer
Next
How Much to Write