I was thinking of how to describe a scene for my latest book. It’s a nature scene set in a different world. I couldn’t get the words to match the area I had in my mind. I wrote and rewrote the narrative a number of times but no matter what I tried I couldn’t get the area to flow properly from the page. After a number of rewrites I grabbed a book from a college history course. The class was about the history and times of the North American Great Plains. It was a class that I loved with an instructor who was very passionate and knowledgeable about the Great Plains.

The book was a great way to see a few different ways to describe what I wanted and in the end, I got the scene the way I wanted it. As I was about to put the book away, a conversation from the class came back to me. The conversation was about if people shape the area around them or if the area shapes the people who settle there. We were speaking about the settlers who came to the Great Plains from the eastern cities that they had been born and raised in. There was no shortage of opinions in the classroom and it was a very interesting discussion.

The reason I thought of that classroom discussion was because I had been reading a book on how to write a novel. In the book the author made it very clear that to write a good novel a person first must make wild, amazing, well-rounded characters and have them start interacting with each other and the plot of your novel will write itself. This was in direct contradictions to another book I’d read about writing a novel that said a writer should create breathtaking scenery, intriguing locations, with epic adventures and the characters will fall into place.

I found it interesting that two books talking about the same thing had 180 degree differences in their approach. As I looked over the environment that I’d just created on my pages, I wondered, would my characters shape this land or would they change themselves to fit better with the environment they were in? I knew the events that were going to take place in that location along with the characters that were going to be there.

When I finished with that chapter, which was the only time my characters will be in that location, I realized that the environment only played a background part, it was static for the book, serving its purpose and everyone moved on. Perhaps if the characters were to spend more time there they would have changed in some way but in that chapter it wasn’t to be.

In my writing career I’ve tried both systems. I’ve come up with unique characters and let their personality guide the writing as they discover who they are or who they want to be. I’ve also created scenarios, plotlines, and stories before deciding what type of characters that I want to add to them. I found that both ways serve their own purpose and for me, neither is better than the other.

When I find my inspiration for a project, I run with it and let the words simply flow to me. Sometimes the characters come first, others the plot and locations. In researching a paper for my college class I discovered that this is an argument that has had a lot of study. Nature vs Nurture. There’s no shortage of people who will argue for one side or the other. Both side can site study after study to prove that their point is the valid one.

As I finished my chapter I felt very pleased with the job I did on the environment that I had created. I felt my characters had moved the story along in an intriguing way and had discovered a key plot twist. I could write a report to support either side, I’ve used both, and what I discovered, like most writing rules that people say are written in stone, is that I use what the situation calls for. Whatever fits the situation I’m in is the format I use to get the job done.

To see more of my writing, head over to leifericksonwriting.com and check out my other blog posts and buy my novels. Thank you.

Inspirations for Writing
Next
The Art of Storytelling 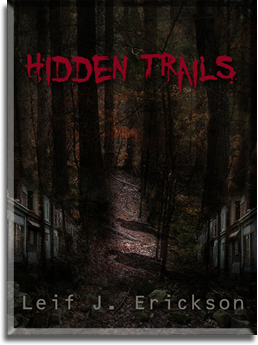